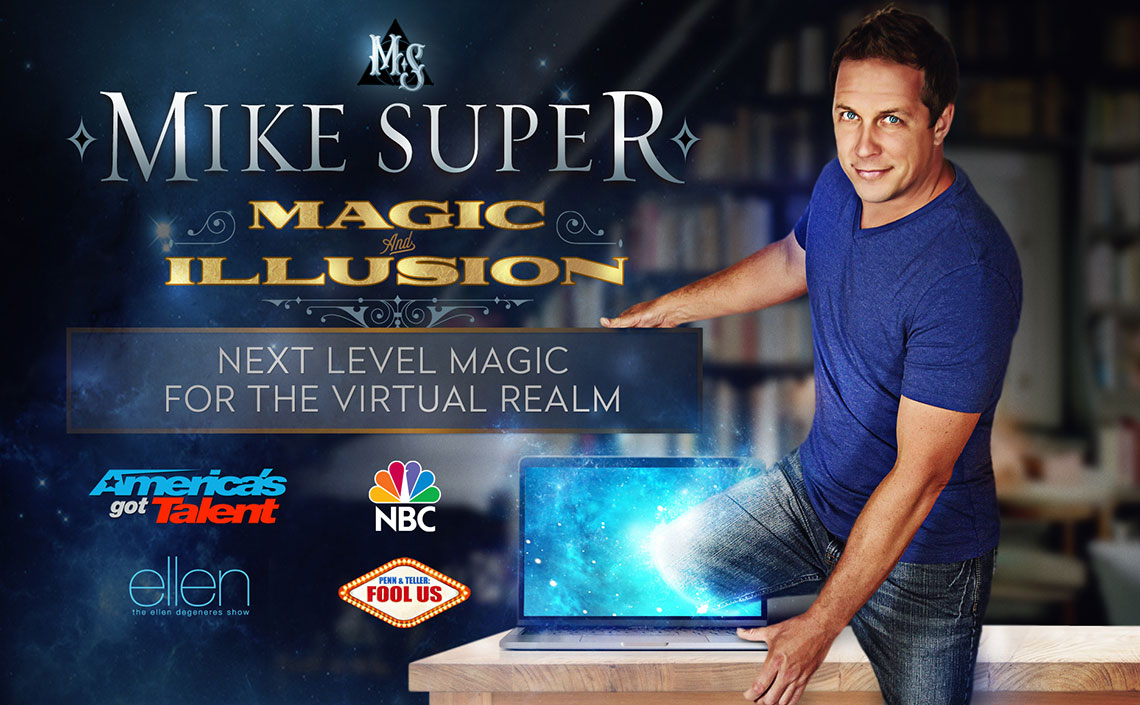 Join us for the “last concert of the year” and another sneak peak performance from the 2021-22 Goshen College Performing Arts Series. On Friday, June 18, 2021 at 7:30 p.m. EST, magician and illusionist Mike Super will give an incredible performance VIRTUALLY! Mike Super was the winner of NBC’s hit TV show “Phenomenon,” and was a top finalist on America’s Got Talent and Penn and Teller’s “Fool Us.”

He transcends the “trick” and connects personally with his audience on a level they can relate to. Whether it’s through television, stage or simply one-on-one, Mike Super uses his personality and humor to reach out and enchant his audience. His appeal to both young and old has made him one of the most sought after mystifiers in the world!

Stick around after the show for the unveiling of the exciting performances that are coming up in the 2021-22 Performing Arts Series.